Home > About Us > OUR STORY

A beam of light on the horizon

Have you ever heard the story of "Pingu breaking the sky"?

Long long ago, the sky and the earth were not separated, and the universe was chaotic. There was a giant named Pangu who slept for eighteen thousand years in this chaos.One day, Pingu woke up suddenly. When he saw the darkness around him, he took up his axe and slammed into the darkness in front of him. Just listen to a loud noise, chaotic things gradually separated. Light and clear things rise slowly and become heaven; heavy and turbid things fall slowly and become earth.After the separation of heaven and earth, Pangu feared that they would still be together. He put his head on the heaven and pedaled the earth with his feet. Every day, Pangu rose by a tenth, and the longer Pangu grew, the higher Pangu grew. In this way, I do not know how many years, the sky and the earth gradually formed, Pingu also fell tired.Pingu's body changed dramatically after his fall. His breath became the wind of the seasons and the floating clouds; his voice turned into a rumbling thunder. His eyes became the sun and the moon; his limbs became the east, west, South and North four poles of the earth; his skin became the vast land; his blood became the running rivers; his sweat became the rain that moistened all things...

In 2006, the founder of the company drew material from the land in this story, which implies the landmark, so our brand is named “Landsign”.For the past 13 years, we have cooperated with customers from more than 100 countries on oem & odm orders. There are resellers, retailers,distributors,supermakers and noline shops among ory customers. By now, you still can see the best seller from us in some famous supermarker and online shops. 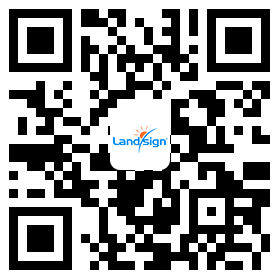